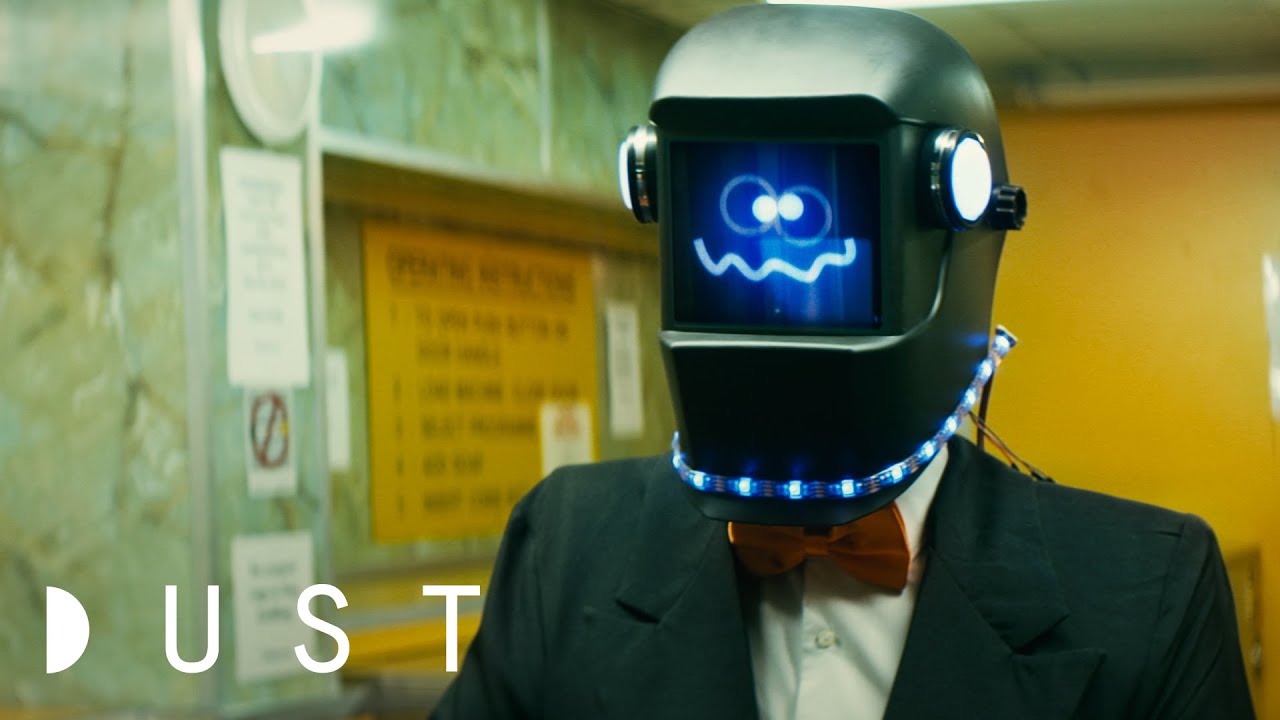 A man tries to do his laundry, but comes across an unexpected obstacle at the laundrette. DAY ONE is a cautionary tale on automation and artificial intelligence. This film was completed in 48 hours, from writing to post-production, in the SCI-FI London film festival.

“Day One” by Mahmut Akay

More About Day One:
Joe enters a laundrette, loads his laundry and pays into the slot machine. The slot machine malfunctions, leaving his clothes locked inside the washing machine. When an assistant approaches him for help, Joe is dismayed to find a robot has replaced a human worker. The robot unlocks the washing machine but Joe demands his money back. Joe becomes irate as the robot continuously misinterprets Joe’s demands. Joe loses his nerve and threatens the robot, which sets off an alarm. Joe runs out of the laundrette. The robot’s demeanour suddenly becomes more human-like. He pats the slot machine to release Joe’s change, revealing him to be an intelligent and machiavellian robot that outsmarted the human.

This film was made for the SCI-FI London 48 hour film competition where they require you to make a film based off a film title, line of dialogue and action/prop, within 2 days. Being at the mercy of the 48 hours was ironically a liberating experience that allowed us to ride a creative wave from conception all the way to post-production. The dynamics to making a short film with such a quick turnaround force you into a creative flow with the whole cast/crew synergising to make it happen as opposed to the normal, slower production process.The 48 hours were ticking. Finding a laundrette and building the robot head proved to be a logistical challenge. After scouting many different laundrettes and struggling to find the perfect one, we had almost given up until we had a serendipitous encounters with another film crew also scouting for laundrettes. The location manager of that crew recommended one for us, which we fell in love with and thankfully gained permission to shoot there after hours. The owner of the laundrette also happened to be a set designer, which meant he was very aware and understanding of what a film shoot entails. The caveat was that we only had 5 hours to shoot the whole short.The robot head was also being constructed at the same time. Once our prop maker figured a welding helmet would work as the basis, everything else fell into place with bringing the head to life.

Director’s Statement:
Day One is a cautionary tale on the dangers of artificial intelligence outsmarting us in the future. While the intention isn’t to criticize automation, we wanted to raise awareness on the impact it can have on society in the future. We’ve all been in a situation where we want to bypass the automated customer services and speak directly to a human on the phone or when a virtual assistant like Siri misinterprets us. The short film is a heightened reality of those situations and functions as a fable to warn us of where we could end up if we aren’t careful with the insidious implementation of artificial intelligence into society.