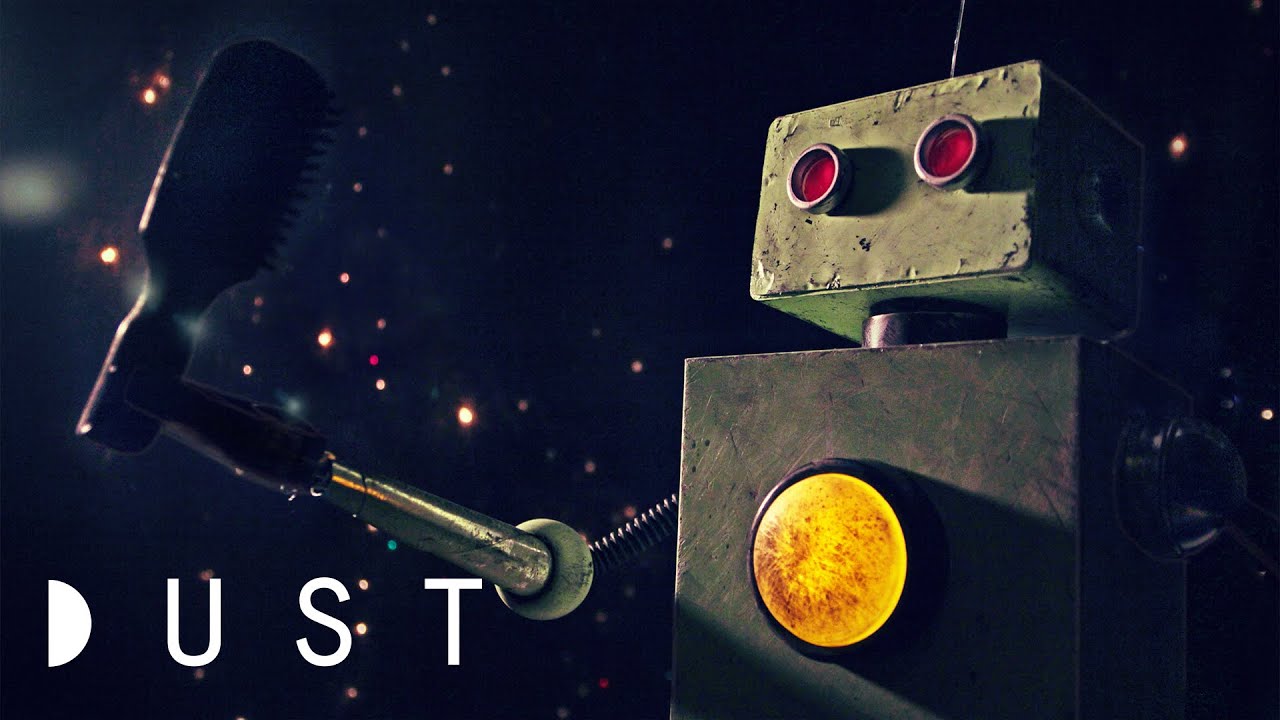 A small, ash-collecting robot is jettisoned from a spacecraft and witnesses the collapse of the universe over trillions of years as he slowly drifts beyond outer space. Many trillions of years ago, a small maintenance robot was jettisoned into outer space. Now, as it drifts beyond the cosmos and out into the interstellar void, it becomes the only being to witness to the collapse of the known universe.

Director’s Statement:
The Long Slow Flight of the Ashbot is part III of The Robot Scriptures — a three-part short film series about the origin, evolution, and exodus of artificial intelligence. The idea for the series first came about when I was working for a very large tech company that was constantly considering the impending robot singularity. I began thinking about life from their point of view. The Robots that is. I thought, what happens when human beings die out and all that are left are the robot species? At that point, what would the robots know about their origin? Their creators? Their God? My hunch is, they would be asking many of the same questions we do about our own human origin — some leaning toward spiritual answers, some scientific, some ridiculous. This film intends to explore these questions.

Connect with The Long Slow Flight of the Ashbot:
Website: https://www.cwestmcdonald.com/the-robot-scriptures