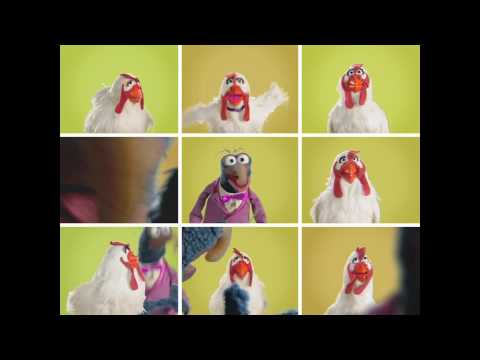 Camila the Chicken and Gonzo are in love. Together they can create something magical – a beautiful song. Enjoy this classic arrangement led by conductor, Gonzo.
Watch more of the best moments, music videos, and laughs from The Muppets! ► https://www.youtube.com/playlist?list=PLiyHgXXaitUEgAKvEzfsV1GTgJnrcy0j3

Muppets Characters
Gonzo, also known by his stage name “Gonzo the Great,” is a multi-talented artist who performs outrageous daredevil stunts. Though an odd looking creature with blue fur, bug eyes, and a long hook nose, Gonzo takes pride in his uniqueness and enjoys every adventure he goes on with the Muppets including daring trips around the world and the occasional space voyage. Though great friends with Kermit the Frog, Fozzie Bear and Miss Piggy, only his true love, Camilla the Chicken, truly understands him, and his love for the humpty dance.

Camilla the Chicken has two passions in life music and loving Gonzo. Camila can be found performing with the Muppets on the big screen in films, like “The Muppets” movie and “Muppets Most Wanted,” on stage at the the Muppets show, and everywhere in between.