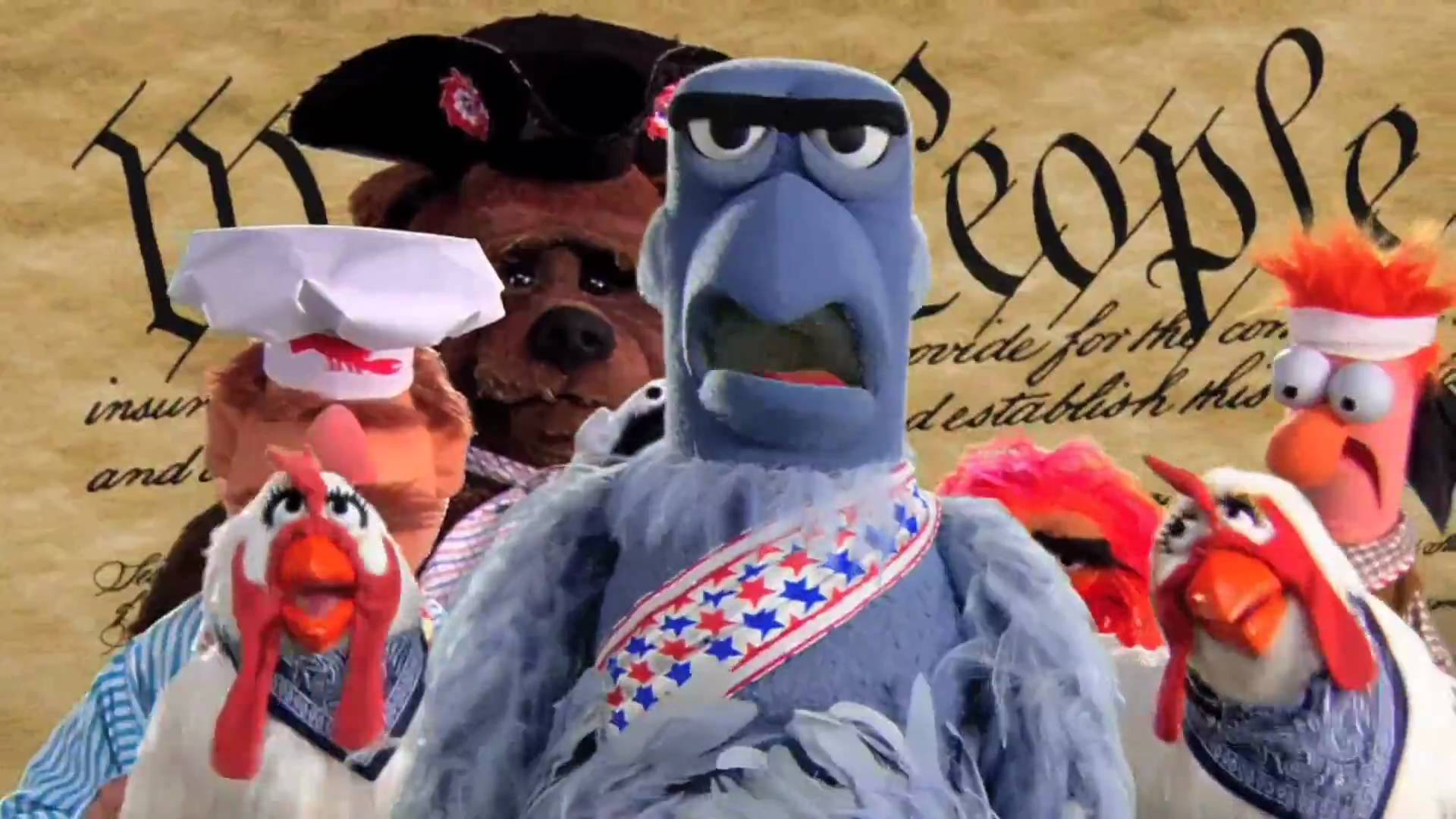 Join Sam the Eagle and the rest of the Muppets as they pay homage to America with their rendition of Stars & Stripes.
Subscribe for all new videos from The Muppets! ► http://www.youtube.com/subscription_center?add_user=MuppetsStudios
Watch more Muppet Music Videos► https://www.youtube.com/playlist?list=PLiyHgXXaitUHx0Jpt9tW1k0ZZuydnNORl

Sam the Eagle is a True American. A fan of everything, red, white and blue, it is no surprise he pays homage to Old Glory with his rendition of Stars & Stripes. Enjoy him and a few of the other Muppets as they celebrate the glory of AMERICA!
Watch more of the best moments, music videos, and laughs from The Muppets! ► https://www.youtube.com/playlist?list=PLiyHgXXaitUEgAKvEzfsV1GTgJnrcy0j3

Muppets Characters
Sam the Eagle is the epitome of America promoting patriotism and protecting wholesome American values. Often appalled by the antics of the other Muppets characters, like Fozzie Bear, Gonzo, and Kermit. Sam the eagle does his best to keep things under control on every Muppet show, although his pleas are usually ignored.

The Swedish Chef is the incomprehensible and hilarious resident chef for the Muppets. Marked by his signature unorthodox utensil, sing-song introduction, use of “Børk.” and indecipherable Swedish accent, The Swedish Chef rose to the top of Muppet stardom on every Muppets movie and TV show.